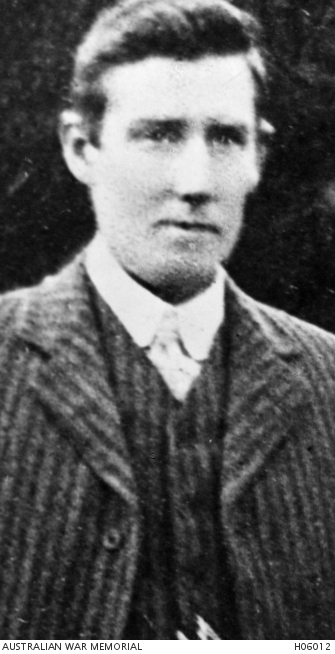 Studio portrait of 176 Private (Pte) Sutton Henry Ferrier, 10th Light Horse Regiment. A contractor from Carnaroo, WA prior to enlistment, Pte Ferrier embarked with A Squadron from Fremantle on 8 February 1915 on HMAT Mashobra. Later promoted to Corporal, on 9 September 1915 he died on HS Devanha from wounds received in action at Gallipoli and was buried at sea. He is commemorated on the Lone Pine Memorial.