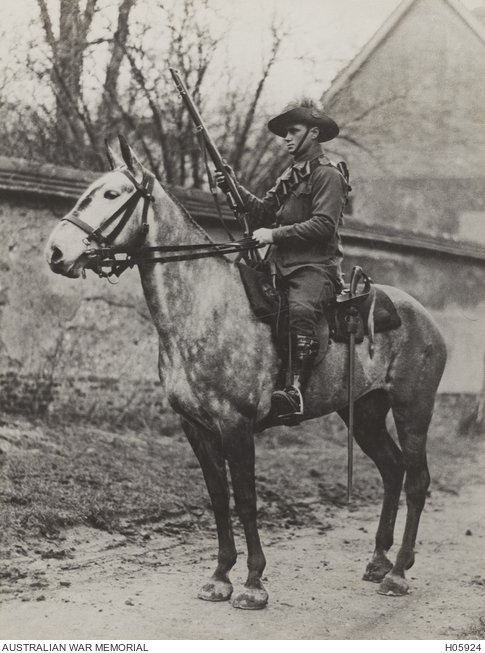 Informal outdoor portrait of 3109 Trooper (Tpr) Alexander Gibson Forsyth, 4th Light Horse Regiment from Mansfield, Victoria seated on a horse. A 25 year old grazier prior to enlisting on 19 September1916, he embarked for overseas service with the 24th Reinforcements from Melbourne aboard HMAT Orsova (A67) on 6 December 1916. Less than a month after disembarking in England, he was admitted to hospital and died of broncho pneumonia on 2 April 1917. Tpr Forsyth is buried in the Tidworth Military Cemetery, Tidworth, Wiltshire, United Kingdom.