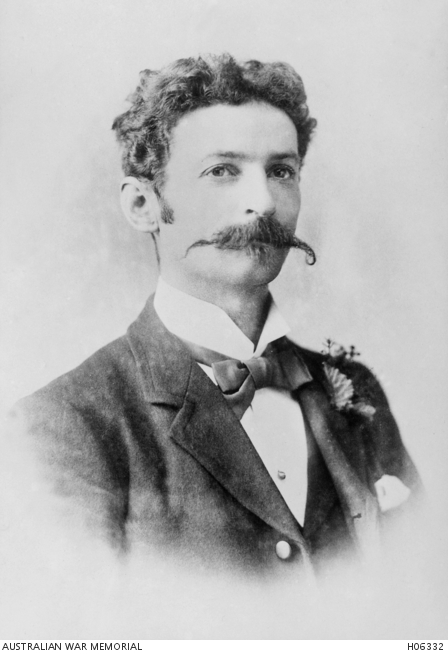 Pre-war studio portrait of 949 Trooper (Tpr) Alexander Richard Guthrie, 10th Light Horse Regiment from Victoria Park, Western Australia. A 44 year old sleeper-hewer prior to enlisting on 14 January 1915, he embarked for overseas with the 5th Reinforcements from Fremantle on 26 April 1915 aboard HMAT Hororata (A20). While serving at Gallipoli, he was wounded in action at Russell's Top and died of his wounds aboard a hospital ship on 6 August 1915. Tpr Guthrie was buried at sea and is commemorated on the Lone Pine Memorial, Gallipoli, Turkey with others who have no known grave.