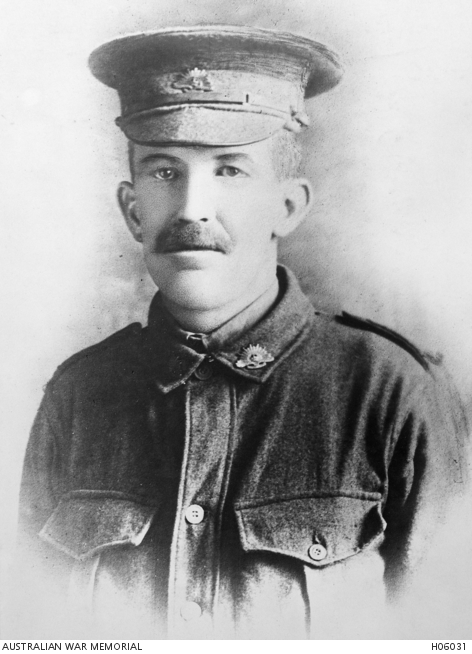 Portrait of 1847 Private (Pte) Thomas Hughes, 39th Battalion from Ballarat, Victoria. A 38 year old miner prior to enlisting on 22 December 1915, he embarked for overseas service with the 2nd Reinforcements from Melbourne aboard RMS Orontes on 16 August 1916. After disembarking in England and undergoing further training, he proceeded to France in November 1916. While serving with the 39th Battalion near Armentieres, France he was killed in action by enemy shelling on 10 April 1917 and is buried in the Cite Bonjean Military Cemetery, Armentieres.