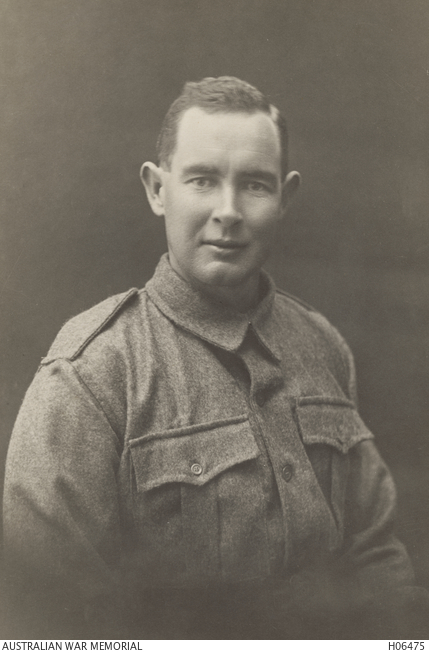 Studio portrait of 3906 Private (Pte) Robert (Robin) Arthur Mackellar, 28th Battalion. A pearler from Broome, WA prior to enlistment, Pte Mackellar embarked with the 9th Reinforcements from Fremantle on HMAT Miltiades on 12 February 1916. Whilst serving on the Western front he was listed as missing in action at Pozieres and a later Court of Enquiry determined that he had been killed in action on 29 July 1916. Having no known grave, he is commemorated on the Villers-Bretonneux Memorial.