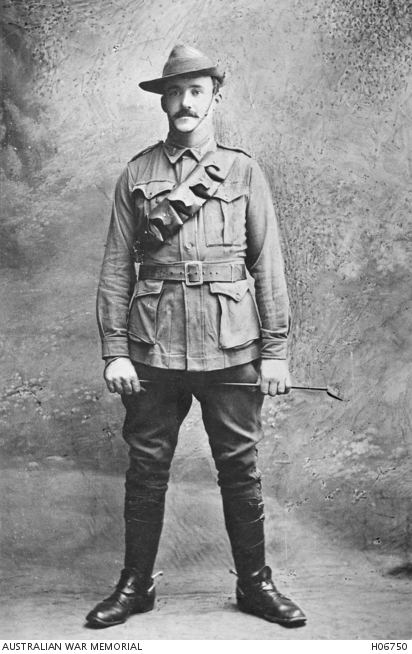 Studio portrait of 956 Trooper Angus McLeod, 4th Australian Light Horse Regiment from Warburton, Victoria. A 27 year old labourer prior to enlisting on 24 November 1914, he embarked for overseas with the 5th Reinforcements from Melbourne aboard HMAT Palermo (A56) on 7 May 1915. Trooper McLeod was wounded in action at Gallipoli on 6 October 1915 and died the next day aboard HMHS Rewa. He was buried at sea and his name inscribed is on the Lone Pine Memorial at Gallipoli, Turkey with others who have no known grave. His brother 2196 Private John (Jack) McLeod also served and died of wounds in France on 18 April 1918. [See image H06751.)