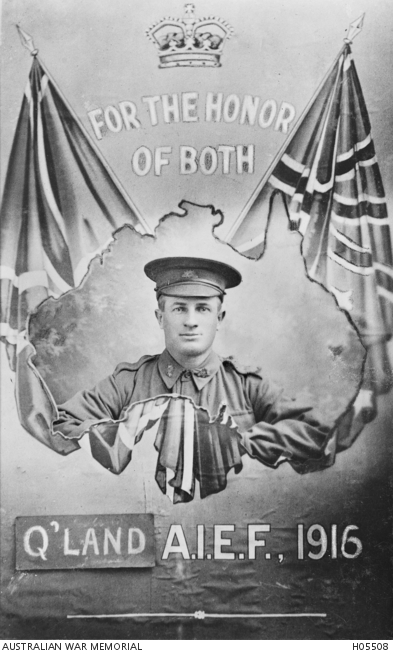 Studio portrait of 5374 Sapper Charles Joseph Mestrez, 1st Australian Tunnelling Company from Ravenswood, Queensland. A 33 year old miner and clerk prior to enlisting on 10 April 1916, he embarked for overseas with the September 1916 Reinforcements from Melbourne on 29 September 1916 aboard HMAT Suffolk. He was killed in action on 25 September 1917 near Passchendaele, Belgium and is buried in the Menin Road South Military Cemetery, Ypres, Belgium. The image is inscribed "For the Honor of both Q'LAND A.I.E.F. 1916" referring to Queensland and the Australian Imperial Expeditionary Force.