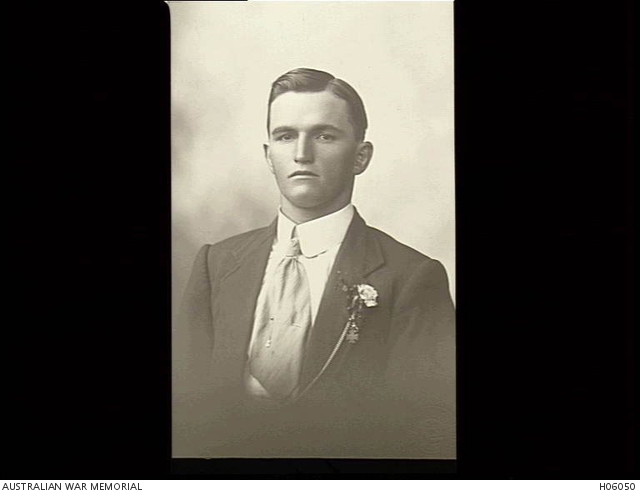 Studio portrait in civilian clothing of 1201 (Pte) Private Alfred Noble, 9th Battalion from Cleveland, Queensland. A 22 year old labourer prior to enlisting on 9 December 1914, he embarked for overseas service with the 1st Reinforcements from Melbourne aboard HMAT Themistocles (A32) on 22 December 1914. Following further training in Egypt, the 9th Battalion was the first ashore at Gallipoli at around 4.30 am on 25 April 1915. Pte Noble was wounded in action on 8 July 1915 and evacuated to the 17 General Hospital in Alexandria, Egypt where he later died from his wounds on 2 August 1915. He is buried in the Chatby Military and War Memorial Cemetery, Alexandria.