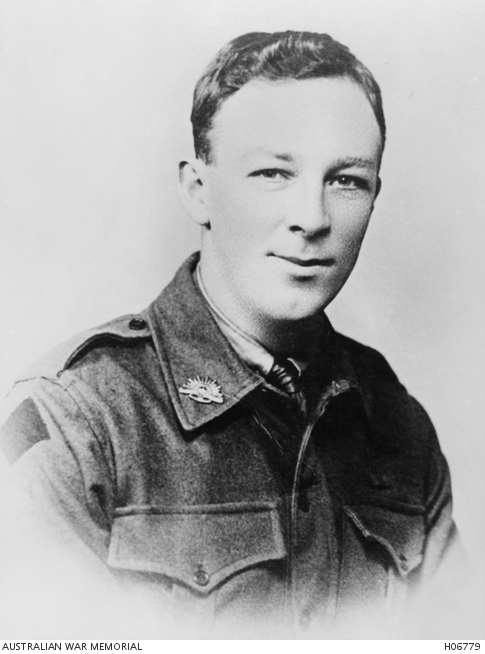 Studio portrait of 2371 Private (Pte) Harold Riddell DCM, 6th Australian Light Trench Mortar Battery from Port Fairy, Victoria. A 25 year old farm labourer prior to enlisting on 13 July 1915, he embarked for overseas with the 5th Reinforcements from Melbourne on 29 September 1915 aboard RMS Osterley. On 14 December 1916 he was awarded the Distinguished Conduct Medal (DCM) for bravery when he heard a bomb fusing in a full magazine and threw it over the parapet where it exploded, saving the rest of the bombs in the magazine from also exploding. He was wounded in action on 22 July 1918 and died the next day. Pte Riddell is buried in the Crouy British Cemetery, Crouy-Sur-Somme, France.