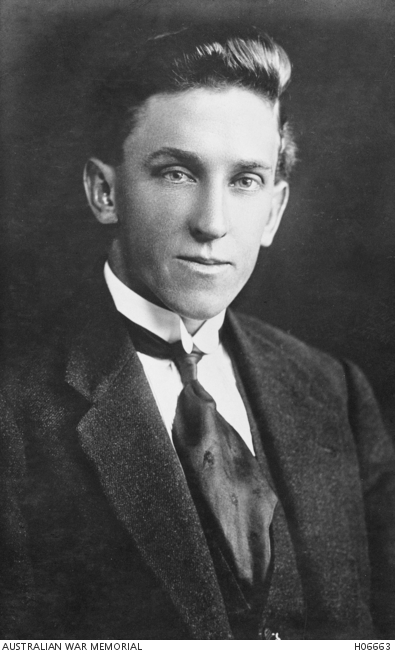 Studio portrait of 3129 Private Harold Thomas Sell, 33rd Battalion of Granville, NSW. An engineer prior to enlisting, he embarked from Sydney aboard HMAT Anchises (A68) on 24 January 1917. He was killed in action, going forward, on the railway line near Passchendaele, Belgium during the Third Battle of Ypres, on 12 October 1917, aged 24. He has no known grave and is remembered with honour on the Ypres (Menin Gate) Memorial, Belgium.