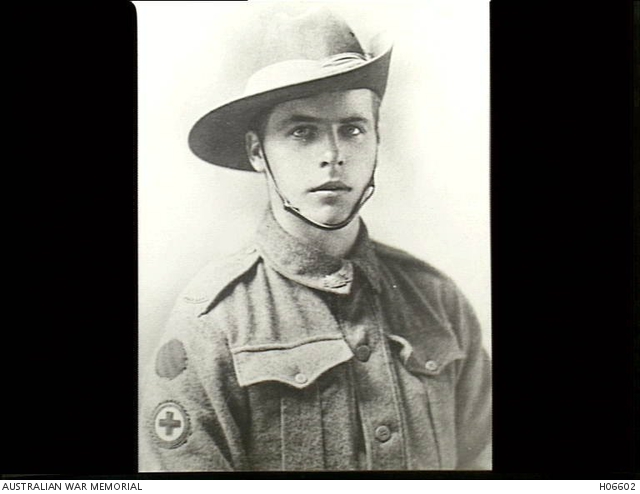 Studio portrait of 5300 Private (Pte) Noel Gordon Tampling, 12th Australian Field Ambulance, from Hawthorn, Victoria. An 18 year old clerk prior to enlisting on 17 July 1915, he embarked for overseas with the 13th Reinforcements of the 2nd Divisional Signal Company from Melbourne on 5 January 1916 aboard HMAT Afric. Following training in Egypt with the 4th Divisional Signal Company, he transferred to the 12th Field Ambulance and deployed with them to France in June 1916. He was wounded in action at St Quentin, France on 18 September 1918 and died of wounds two days later. Pte Tampling is buried in the Brie British Cemetery, Amiens - St Quentin Road, France.