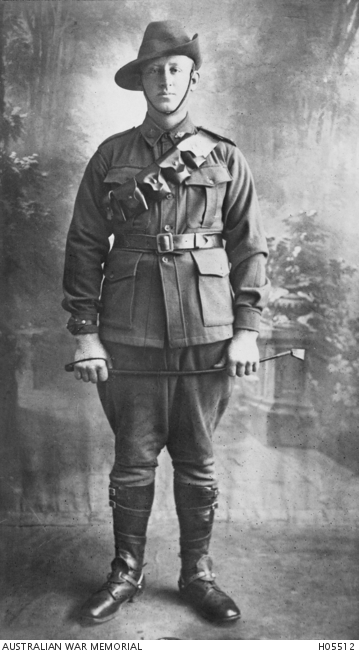 Studio portrait of 1306 Gunner Laven Llewlynn Griffiths Thomas, 20th Battery, 5th Field Artillery Brigade from Stawell, Victoria. A 24 year old farmer prior to enlisting on 14 July 1915, he embarked for overseas with the 6th Reinforcements of the 13th Light Horse Regiment from Melbourne on 27 October 1915 aboard HMAT Ulysses. Shortly after arriving in Egypt, he transferred to the 2nd Divisional Ammunition Column and deployed to the Western Front. While in France, he served with the 5th and the 22nd Field Artillery Brigades and was wounded in action on 23 August 1916. He died of those wounds on 15 September 1916 in the 13th Stationary Hospital, Boulogne, France and is buried in the Boulogne Cemetery.