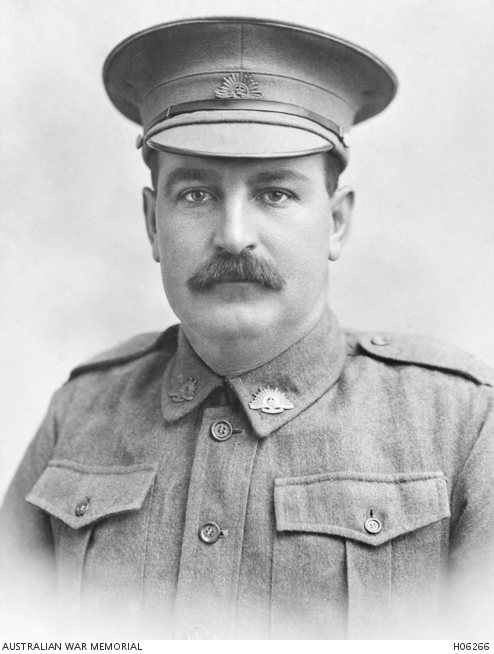 Studio portrait of 2143A Private (Pte) John Donald Woodfield, 24th Battalion from South Yarra, Victoria. A 32 year old grazier prior to enlisting on 23 May 1916, he embarked for overseas with the 15th Reinforcements of the 13th Australian Light Horse Regiment from Melbourne on 6 December 1916 aboard HMAT Orsova. On arrival in England, he transferred to the 24th Battalion and served with them in France where he was wounded in action at the Battle of Hamel. He died from his wounds on 7 July 1918 and was buried in the Crouy British Cemetery, Crouy-sur-Somme, France.