Informal group portrait of men of the 3rd Field Ambulance before embarkation. Left to right back ... 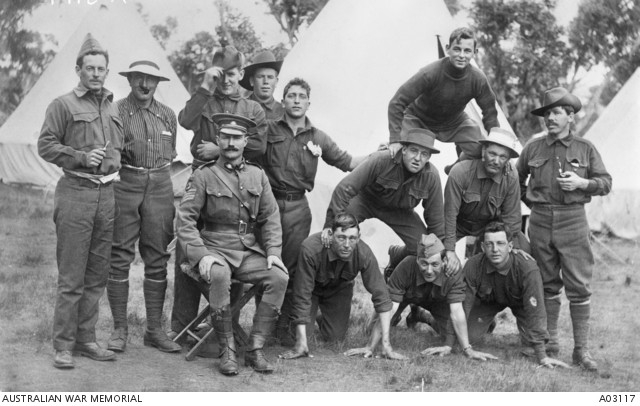 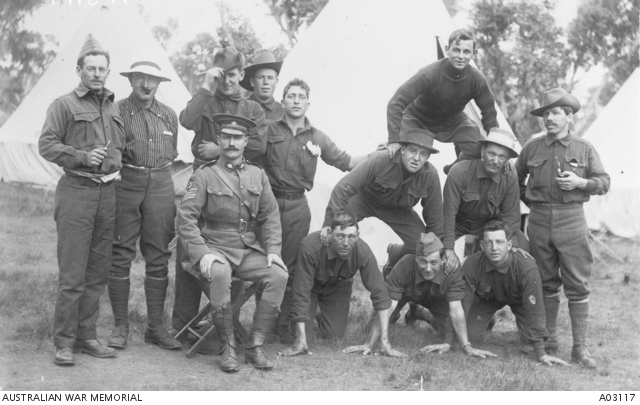