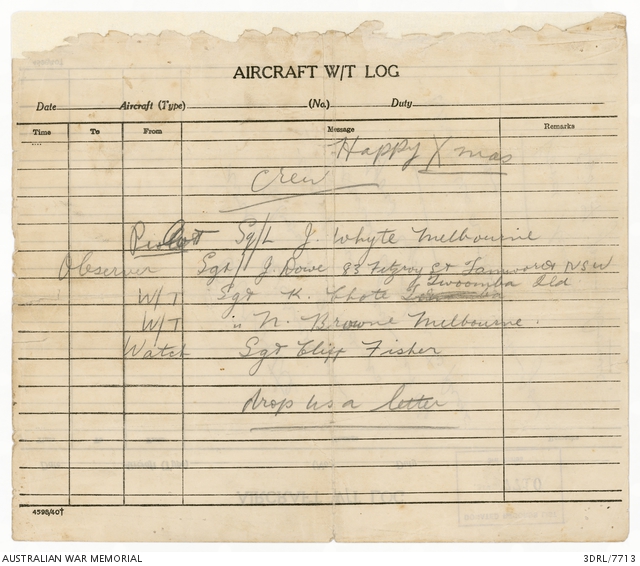 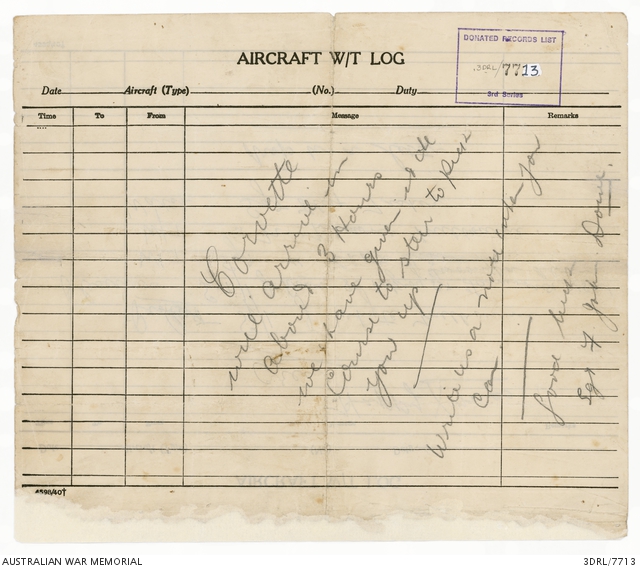 The collection consists of a single message written by Dowe and dropped to the survivors of the HMAS Armidale after it was sunk by Japanese aircraft on 1 December 1942. The message was collection by Palmer, and notes that their co-ordinates have been passed to a Corvette and rescue is imminent. They are wished good luck and a Merry Christmas and asked to write if they can - the names and addresses of the aircrew are written on the back.