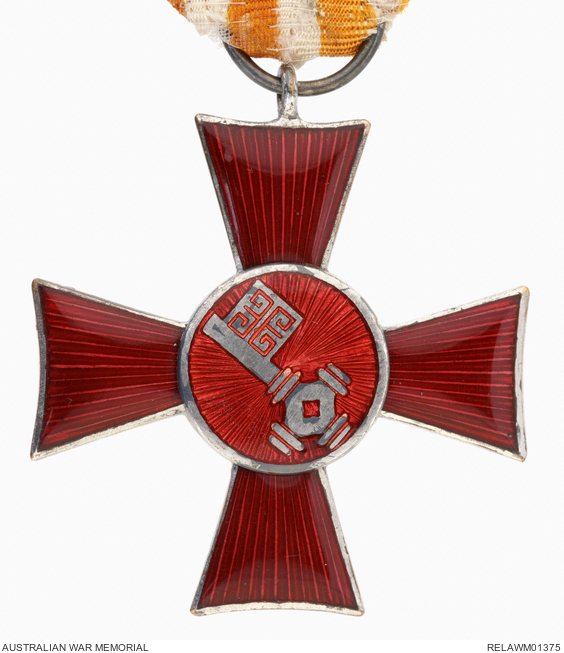 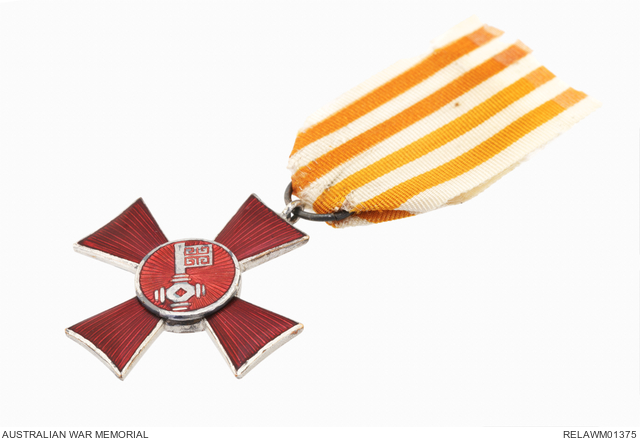 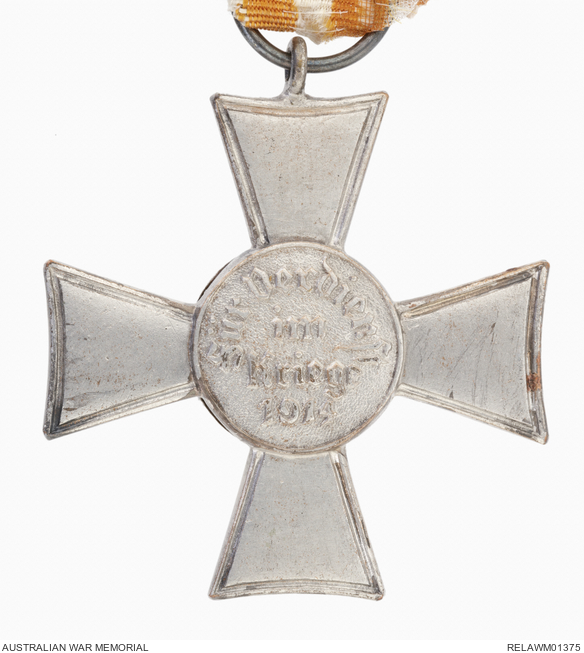 Bremen Hanseatic Cross. Unnamed as issued. A silver cross pattée. Obverse: Red glass enamel arms with the badge of Bremen, a diagonal key, on a red field in the centre disc. Reverse: Silver with the inscription 'Fur Verdienst im Krieg 1914' (For War Merit 1914) on the central disc. The cross is fitted with a loose ring suspender and a piece of 34 mm ribbon which has five white and four orange equidistant vertical stripes.

The Senates of the three Hanseatic Cities of Bremen, Hamburg and Lübeck made a joint decision to create a decoration for bravery and war merit. The decoration, known as the Hanseatic Cross, was authorised by Lübeck on 21 August 1915, by Hamburg on 10 September 1915 and by Bremen on 14 September 1915. It was awarded without regard to rank and came in a single class. The design for the three cities was the same - the only differences were the central medallions, which carried the coat of arms of the respective cities, and the ribbons.
The decorations were originally intended to reward members of the cities' troop contingents and the crews of SMS Bremen, SMS Hamburg and SMS Lübeck. It could also be awarded for service on the home front. During the course of the war the criteria were relaxed, and many were awarded to soldiers and sailors with no direct connection to any of the cities or their units. Bremen awarded 20,018 crosses. This medal forms part of a collection assembled by the Memorial in the 1920s for display.