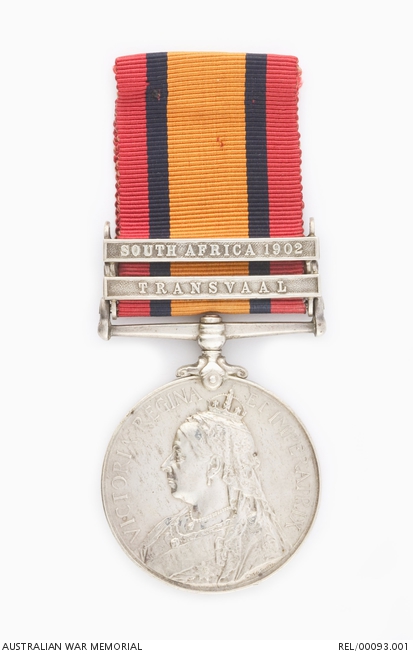 Awarded to Anthony Pearson for his service in the Boer War. He travelled to South Africa as part of the 1800 strong St John Ambulance Brigade that was raised in England to assist the over-stretched resources of the British army's Royal Army Medical Corps (RAMC) and the associated colonial medical units. Pearson was one of fourteen men who volunteered to serve in the Brigade from the St John Ambulance Preston Corps in Lancashire. He decided to transfer to the RAMC when he reached South Africa and was assigned the service number 16596 and given the rank of private. Pearson returned to England and subsequently emigrated to Australia in 1912. He died in 1962.