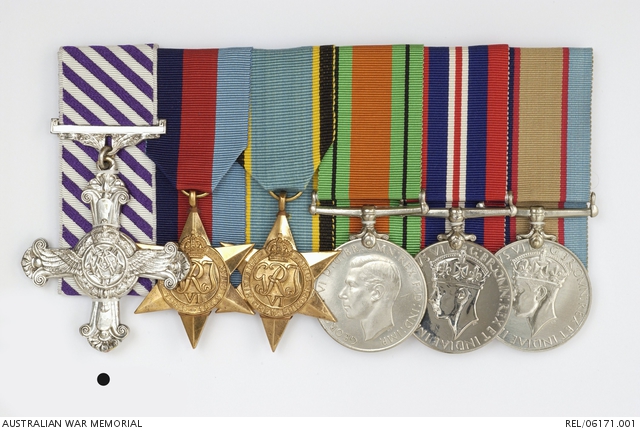 414333 Pilot Officer William John Armour RAAF, served with No 428 (Ghost) Squadron, RCAF. Born in 1915 at Mount Morgan, Queensland, Armour enlisted in the RAAF in September 1941. He was sent to Canada as part of the Empire Air Training Scheme where he qualified as a pilot. Posted to 428 Squadron RCAF, Armour was described as 'a friend to everyone...full of fun, the life of the party, and in no way conceited'. He was awarded the Distinguished Flying Cross (DFC) in 1943. The citation for the DFC reads 'Pilot Officer ARMOUR, as pilot and captain of aircraft, has completed numerous operations against the enemy, in the course of which he has invariably displayed the utmost fortitude, courage and devotion to duty'. On the night of 20/21 December 1943, 650 aircraft raided Frankfurt. It was Armour's 25th operational trip. Armour's Halifax and its crew failed to return, one of 41 aircraft lost that night.