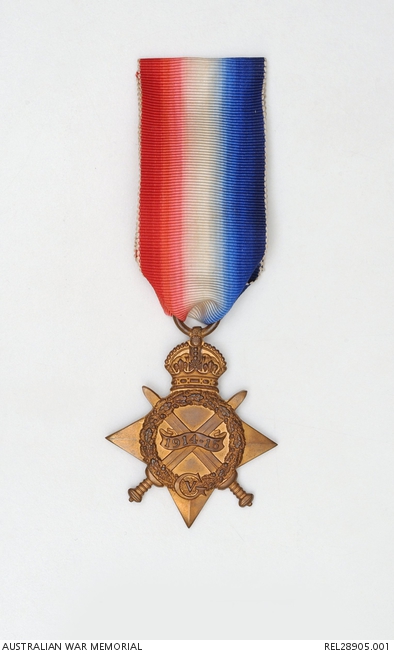 Associated with 3047 Sergeant William Forsyth of Darlington, Sydney, who served with the 5 Heavy Trench Mortar Battery. Sgt Forsyth was born in Liverton, Scotland and was a sailor in civilian life. He arrived in Australia c 1910 after serving as an Able Seaman in the British Navy for thirteen years. He enlisted in the AIF on 24 July 1915, having married Margaret Keith the day before. He first served with 2 Battalion and later tranferred to 56 Battery, 14 Field Artillery Brigade, 5 Division. He died of wounds on 9 August 1918.