The crew of a RAAF Caribou transport are welcomed at an airstrip in South Vietnam by members of ... 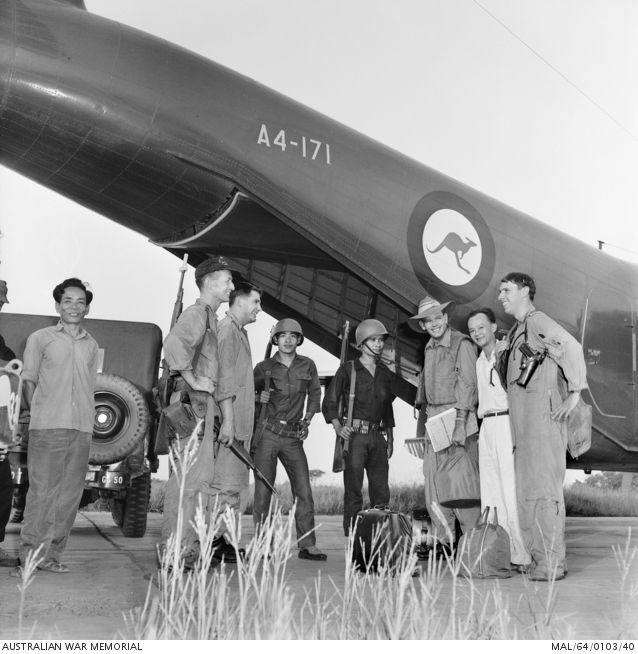