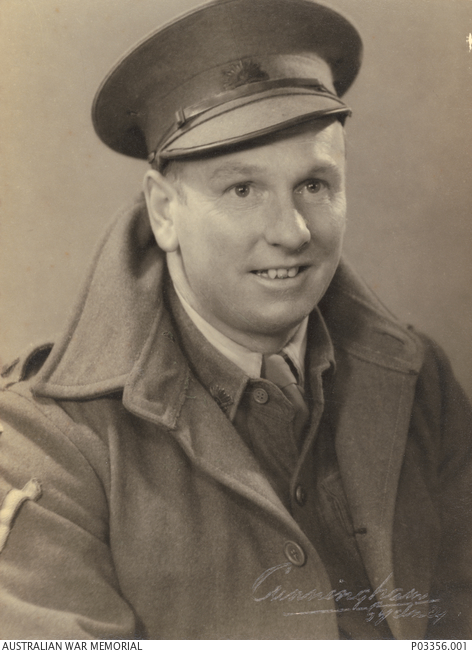 Portrait of NX54905 Corporal (Cpl) Norman Frank (Jock) Wild, HQ AIF Malaya, of Manly NSW, who died as a POW at Thai Camp on 31 January 1944. He was a member of A Force, the first group of POWs sent from Changi to Burma, initially working on the aerodrome at Tavoy before going to work on the Burma-Thai Railway. In January 1944, along with most of the POWs who had worked on the railway, he was sent to a camp at Tamarkan to recuperate, but contracted dysentery, was hospitalised and died. Jock, nicknamed for his red hair, was a local identity in Manly, being a popular former Rugby Union player in the Reserves and Firsts between 1936 to 1938 and President and coach of Manly Junior Rugby Union at the time of his enlistment.