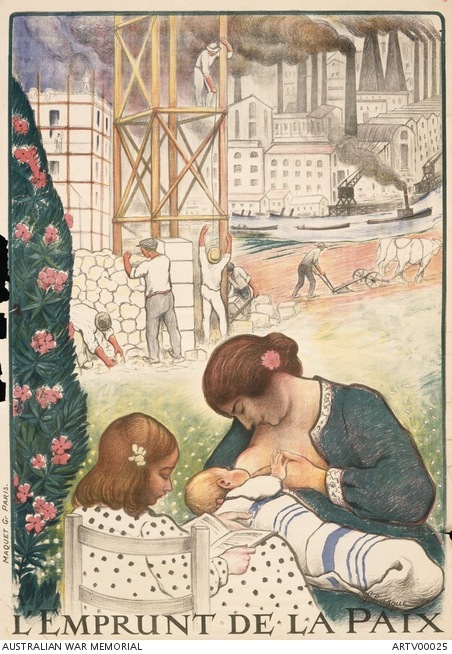 This French post-war poster advertises a Peace Loan and depicts scenes of reconstruction - buildings being repaired and rebuilt, factories in full operation, and farmers at work. In the foreground is a woman with her two children, one at the breast. This reflects France's pro-natalist stance after the war, encouraging women to do their civic duty and contribute to its repopulation. France had lost 1.3 million men during the four years of the war and the French government was particularly intent on raising the birth-rate. Legislation introduced in 1920 saw birth control outlawed, and in 1923 abortion was made illegal.