Conscription. Do you prefer compulsory service? 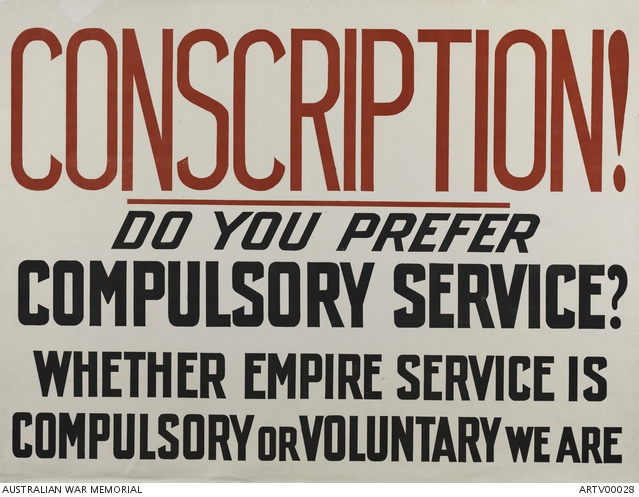 Australian First World War poster concerned with the issue of conscription. As voluntary enrolments into the AIF fell after the initial enthusiasm of 1914, the conscription suggestion gained prominence. Compulsory military service, or conscription, for eligible men was in force in Australia from 1911, however, these forces were for home defence and could not be drawn on for overseas service. Conscription for overseas service was furiously debated in Australia and Prime Minister W.M. Hughes called two referendums in 1916 and 1917 to vote for the proposal. Both referenda were narrowly in 1916. Australia and South Africa were the only two participating nations not to introduce conscription in the First World War.