There's room for you. Jump aboard 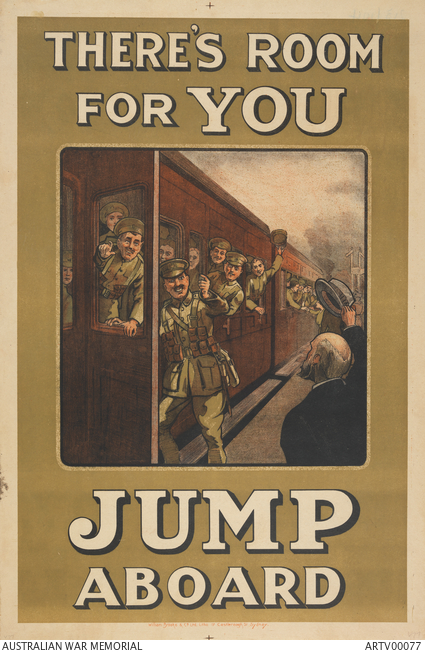 Australian First World War recruitment poster based on the original British version, which was published in 1915. Depicts cheering troops embarking on a train for the Front. Recruitment posters were in prolific supply in Australia throughout the First World War. Australia relied solely on voluntary recruits to serve in the AIF. Compulsory military service, or conscription, for eligible men was in force in Australia from 1911, however, these forces were for home defence and could not be used to serve in a war overseas. After the initial enthusiasm of Australian men in 1914, enrolments dropped as stories of the conditions overseas reached Australia.