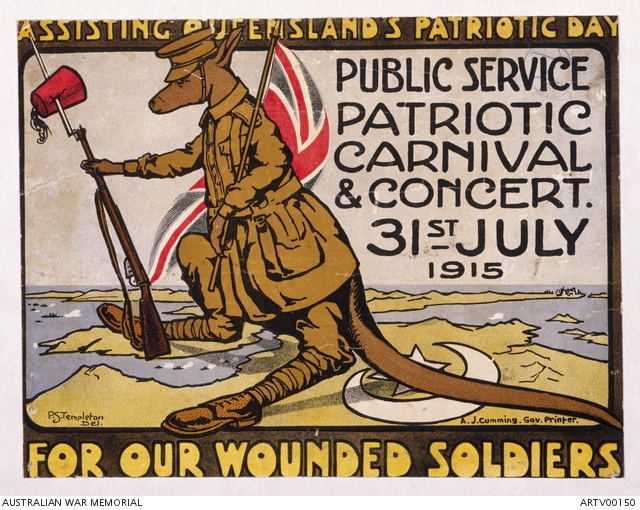 This early recruitment poster published by the Queensland government is a direct reference to Australia's involvement in the Dardanelles campaign. A kangaroo, dressed in the uniform of an Australian private soldier, his rifle with a Turkish fez impaled on the bayonet. He also holds the Union Jack flag as a symbol of Australia's allegiance to the Commonwealth.

Like other Queensland-based recruiting posters by Templeton, this poster represents Australia as a kangaroo. The animal was employed in both world wars not only in posters, but as a mascot in shop displays urging eligibles to 'Hop to it'. The men of one 1914-18 New South Wales recruiting march in fact called themselves 'The Kangaroos'.