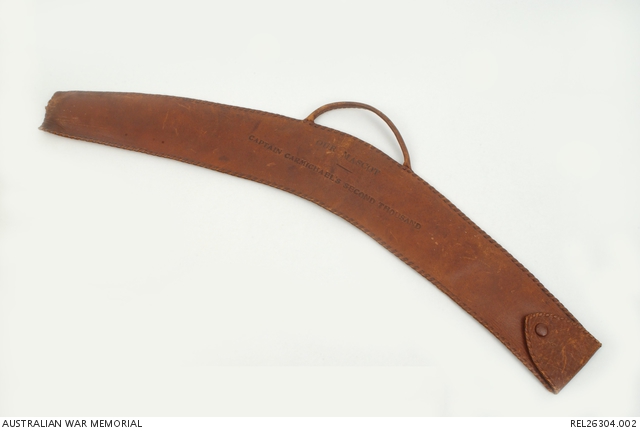 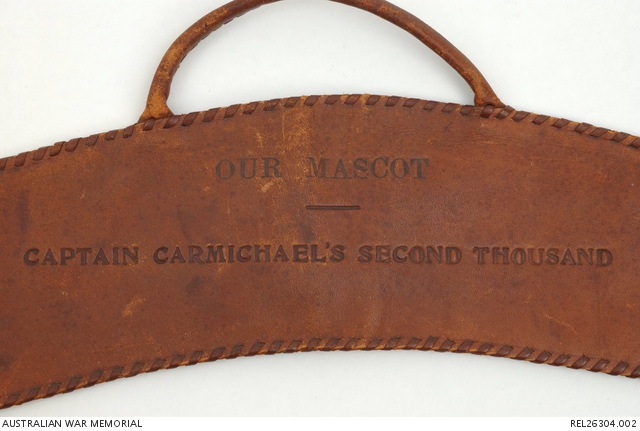 Associated with Captain Ambrose Campbell Carmichael MC, 36 Battalion AIF, who raised a thousand recruits for the AIF in 1915. He was wounded on the Western Front for the second time, on 4 October 1917, and returned to Sydney in February 1918, where he proceeded to successfully raise another 'Carmichael's thousand'. The second thousand were entertained by a theatre troupe at the Sydney Town Hall on the evening of 25 May 1918, at a function organised by the National Rifle Association and 36 Battalion Comforts Committee. It was at this function that Carmichael was presented with the Yarran boomerang by the Premier. This regimental mascot came from the Brewarrina District of NSW. The boomerang bears the Aboriginal word Thynulungatha, which was translated from the Aboriginal dialect of the district as 'come back here'. Carmichael rode at the head of his thousand when they left Sydney on 19 June 1918. He arrived in France in late September, by which time the war was coming to an end, so he returned to Australia.