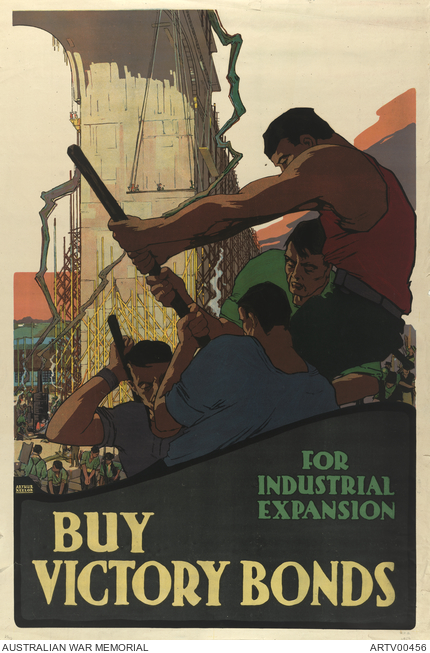 Canadian First World War poster issued by the Government to promote the sale of Victory Bonds to finance the war effort. As in other Commonwealth countries Canadian Victory bonds were loans offered by the Government which matured with interest after 5, 10 or 20 years. In Canada there were 5 different Victory loan campaigns between 1915 and 1919 each with its own supporting poster campaign co-ordinated by the Victory Loan Dominion Publicity Committee. This poster depicts a bridge under construction with four workers in the foreground. The image is in the top three quarters with the title and message below urging Canadians to buy Victory bonds so that industry could grow. An French language version of this poster was also produced (see ARTV00457)