Let us win the Prince of Wales' flag, Victory Loan 1919 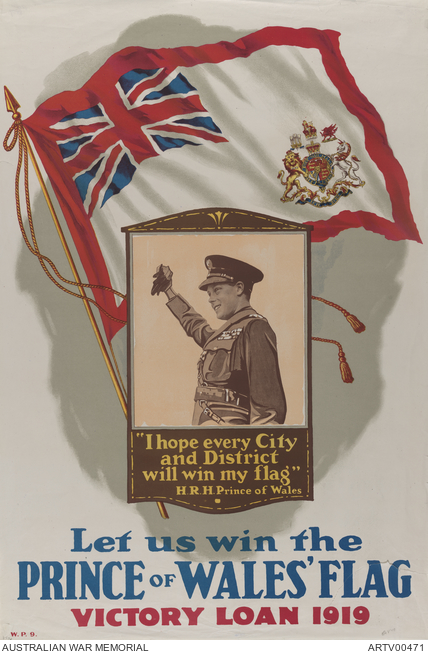 Canadian First World War poster issued by the Canadian Government to promote the sale of the 3rd Victory Loan in 1919. Victory Loan Flags were designed to reward those communities that made significant contributions to the Victory Bond campaigns. In 1919 a new flag was commissioned for that year's campaign and it was decided to incorporate the heraldic arms of Prince of Wales, the future Edward the VIII, into the flag's design. The Prince of Wales visited Canada in September 1919 and raised the flag at Parliament on Labour Day weekend when he allegedly made the remark " I hope every City and District will win my flag" quoted on this poster. A French language version of this poster was also produced (see ARTV00472).