Informal portrait of 2278380 Corporal Christopher Andrew Barham standing in the doorway of the ... 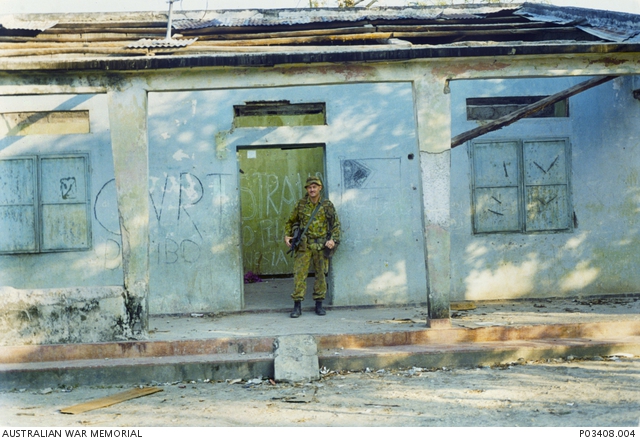 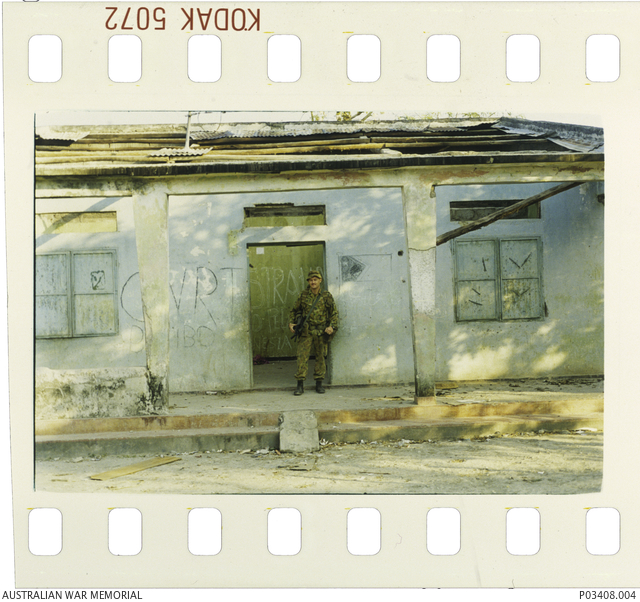 Informal portrait of 2278380 Corporal Christopher Andrew Barham standing in the doorway of the house where five journalists, Australians Greg Shackleton and Tony Stewart, Britons Malcolm Rennie and Brian Peters, and New Zealander Gary Cunningham, known as the Balibo Five, lived prior to the Indonesian invasion of East Timor in 1975. As the Indonesians crossed the border, the journalists decided to stay believing that, as journalists, they would not be military targets, despite the fact that the East Timorese had abandonded the village. They painted an Australian flag and the word 'Australia' on a wall of the house. On 16 October 1975, all five were killed by the Indonesian military and their bodies burnt before being sent to the Australian embassy in Jakarta for burial. Over 30 years later, an inquest into their deaths was opened in NSW.