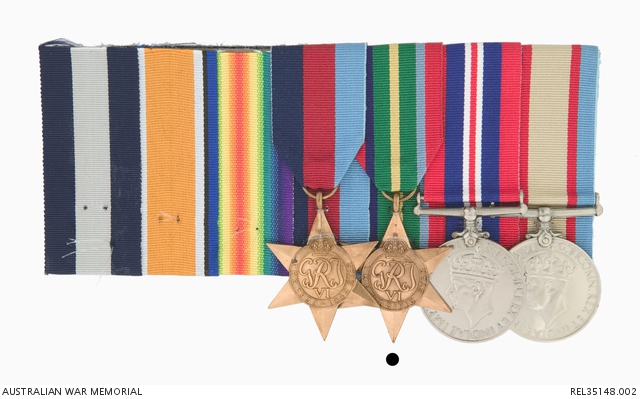 Associated with Lieutenant A F Kyle, Royal Australian Volunteer Reserve. Born in Toowoomba Queensland in 1897, Alan Fairlie 'Bill' Kyle was working as a clerk in Sydney, NSW when he enlisted in the AIF in February 1916. He embarked HMAT Vestalia on 11 July 1916 and served as a sapper with 1 and 4 Divisional Signals Companies. He returned to Australia in September 1917 and settled in the islands of New Guinea. In April 1942, Kyle was activated as an officer in the Royal Australian Navy Volunteer Reserve and served as a Coastwatcher until he was betrayed to the Japanese and, it is presumed, executed. He was declared dead on 1 September 1942. He was awarded the Distinguished Service Cross for his 'sustained fortitude in hazardous circumstances.'.