[Treaty signed in Versailles...Germany has agreed to conditions of Allied Countries: War Which Which was Fought For has Ended at Last] 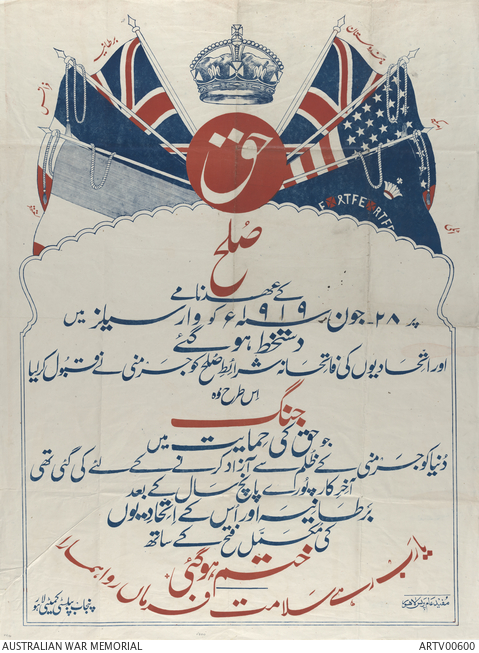 Indian poster depicting the flags of Great Britain, the United States of America, and France. The flags surround the Tudor, or Imperial crown, representing King George of Great Britain, who was the Emperor of India. The text, in Arabic script, possibly Urdu, roughly reads, 'Treaty signed in Versailles...: Germany has agreed to conditions of allied countries: war which was fought for has ended at last.' This poster was probably directed at the inhabitants of North India (present day Pakistan.)