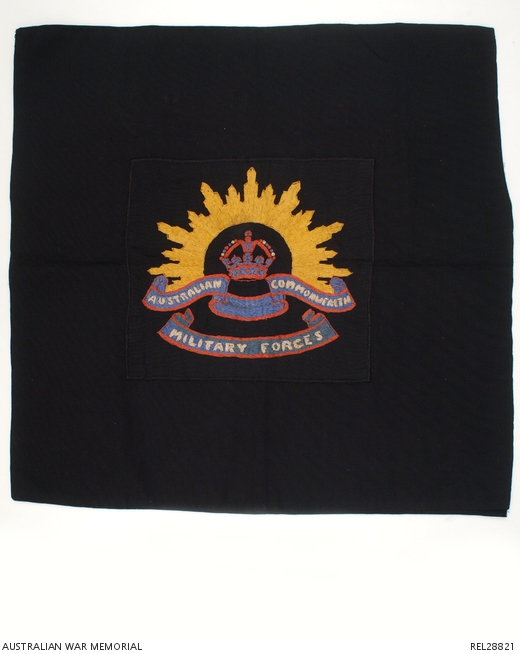 Associated with 18684 Gunner Edward Lawrence Jarrett who enlisted on the 17 November 1915 and served with 7 Field Artillery Brigade. He was wounded in battle in 1918 and spent time convalescing at Netley Red Cross Hospital, where he may have undertaken this embroidery as part of his rehabilitation. He returned to Australia on 2 March 1919.