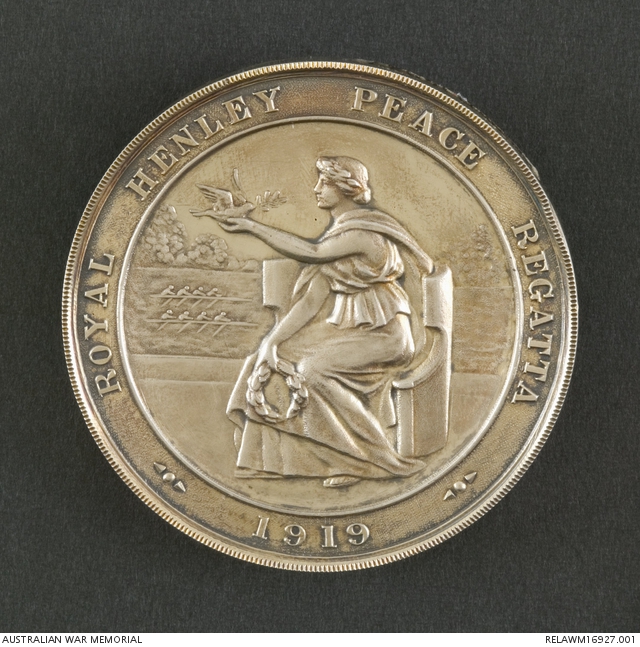 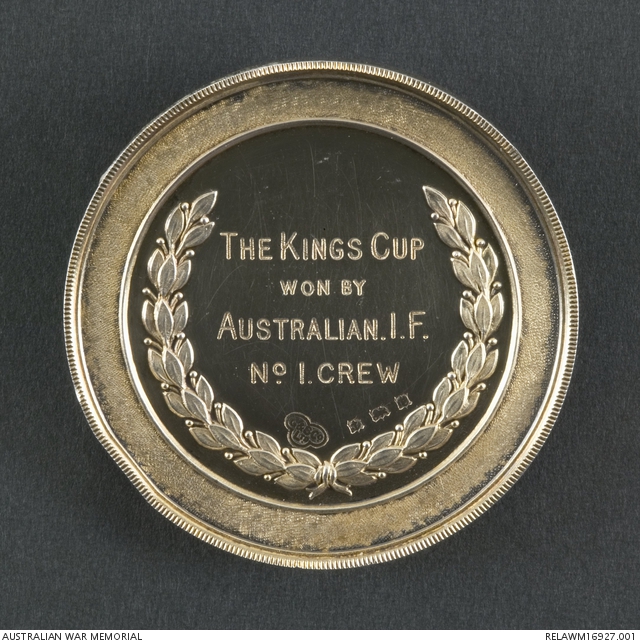 Silver gilt medallion. The obverse depicts in relief a seated female figure holding a dove in her outstretched arm. The dove carries a palm branch in its beak. The woman's right hand holds a victor's laurel wreath by her side. In the background is a river scene with two boat loads of rowers competing. Around the rim of the medallion in raised lettering are the words 'ROYAL HENLEY PEACE REGATTA 1919'. The reverse of the medallion has a simple wreath in the centre section and is engraved 'THE KINGS CUP WON BY AUSTRALIAN. I.F. NO. 1 CREW.' Below this is a maker's mark and hall mark. The edge of the medallion is engraved with the recipient's details.

This medal was presented to Lieutenant Frederick Arthur House by King George V at the Royal Henley Peace Regatta of June 1919. House was a member of the Number 1 AIF rowing team which won the King's Cup for the Men's Eights rowing event. House, from Hobart, Tasmania, enlisted as a gunner in 3 Field Artillery Brigade on 4 January 1915. He was assigned the service number 3806 and sailed from Melbourne aboard HMAT Runic on 15 February 1915. After the war he remained in England and participated in the rowing events at Henley. On his return to Australia he also brought home his sweep oar which is in the Memorial's collection at RELAWM16885.