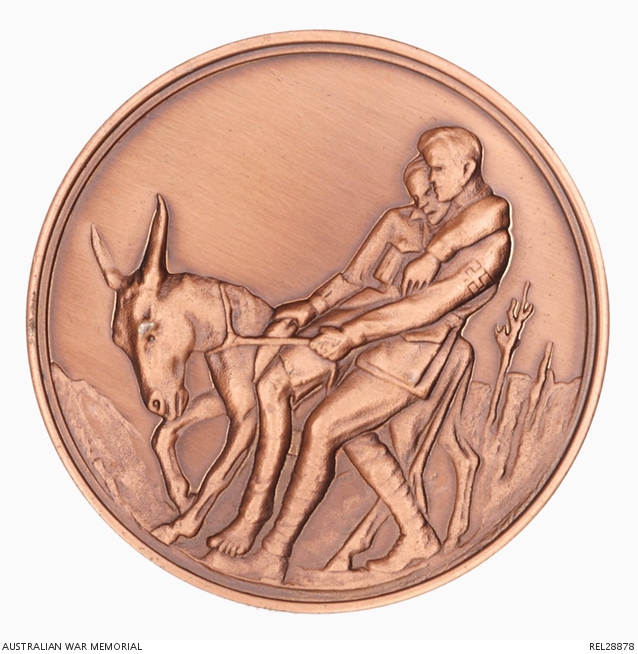 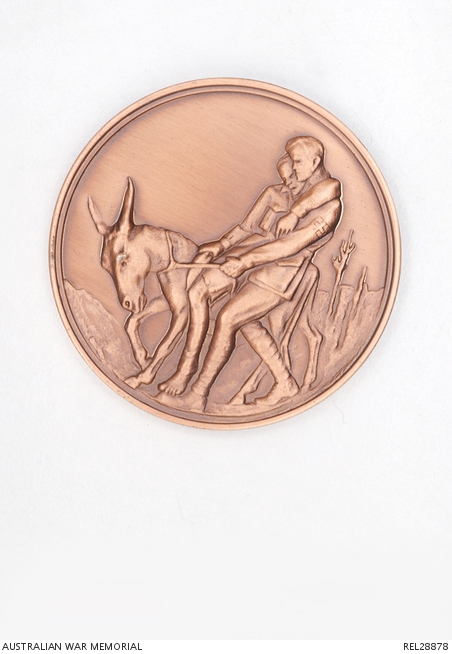 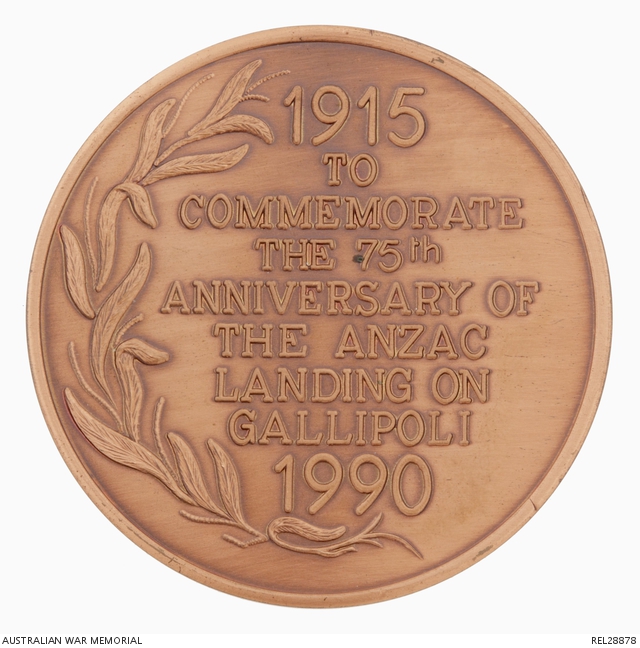 A circular medallion commemorating the 75th anniversary of the Gallipoli landings. The obverse shows in raised relief, Private Simpson with his donkey, carrying a wounded soldier from the battlefield. The reverse shows a sprig of leaves on the left side with the raised text '1915 TO COMMEMORATE THE 75TH ANNIVERSARY OF THE ANZAC LANDING ON GALLIPOLI 1990'.

Associated with the First World War service of Ernest Charles Peddell who was born on 10 July 1899 in Sydney, NSW. Peddell, a shop assistant in a grocery and ironmonger's store, enlisted aged 17 at West Maitland, NSW, on 20 January 1917. He was allocated to the 2nd Battalion AIF as a private with the service number 7308 and sailed from Australia aboard RMS Osterly in February 1917, disembarking in Plymouth two months later. Once in England Peddell was found to be underage and was detained in juvenile training until his 18th birthday, when he rejoined his unit for service on the Western Front.