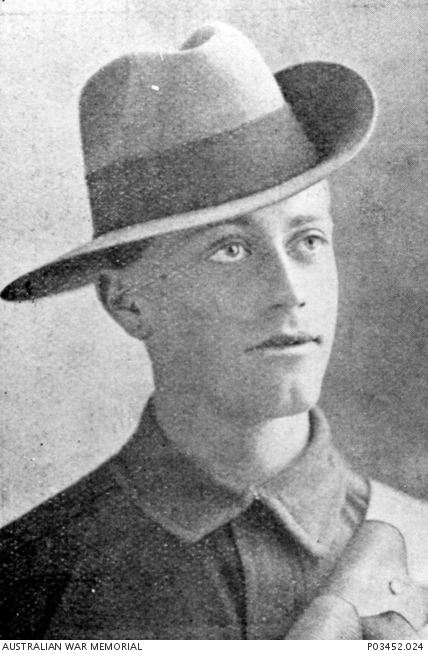 Studio portrait of 387 Sergeant (Sgt) James Leslie Stark, 49th Battalion, AIF, of Toowoomba, Qld. Sgt Stark enlisted on 19 August 1914 and embarked from Brisbane aboard HMAT Star of England on 24 September 1914. He was killed in action in France on 1 April 1918, aged 24. He was one of four brothers who enlisted and served in the First World War; he and his brother 8 Private (Pte) Henry Cook Stark were both killed.