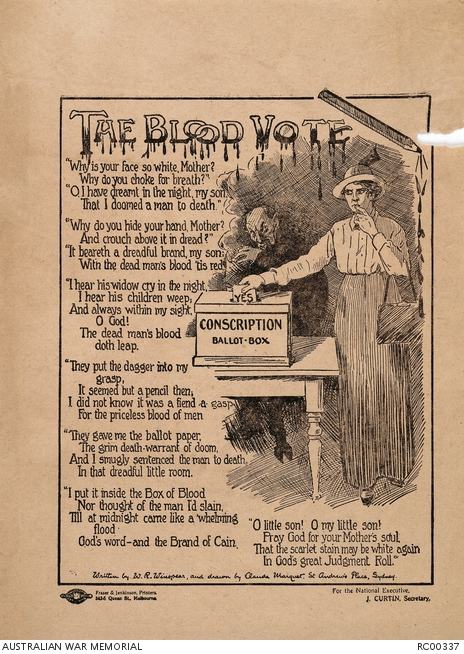 The Australian Dictionary of biography reveals that William Robert Winspear did not actually write the poem. Winspear's entry notes that Winspear is 'best known for a poem he did not write, 'The Blood Vote', which became famous as anti-conscription propaganda. It was written by E. J. Dempsey, a leader-writer on the pro-conscription Evening News, who asked Winspear to sign the poem.'