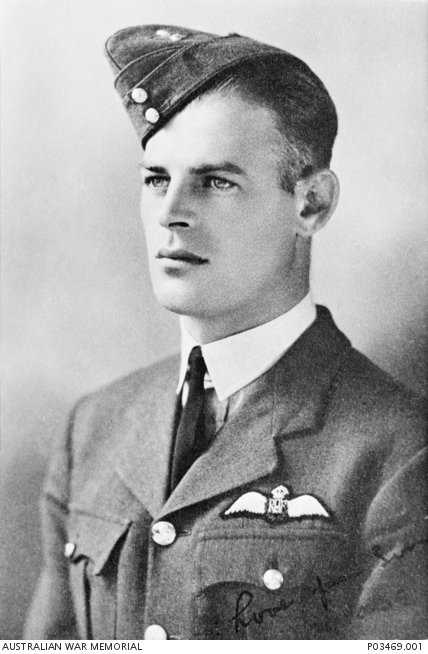 Studio portrait of 39377 Acting Squadron Leader (Sqn Ldr) Frank Leslie Herbert Eddison RAF, DFC, 214 Squadron RAF. Frank Eddison attended Canberra Grammar School before training with the RAF in England. Along with the five members of his crew, Sqn Ldr Eddison was killed in action on 9 May 1941 when shot down over the Netherlands by a German nightfighter; he was posthumously awarded a Distinguished Flying Cross (DFC). The DFC citation mentions his enthusiasm, cheerfulness, and ability to encourage others, the excellent example he set others and his readiness to assist his unit commander, plus the fact that he 'particularly distinguished himself in raids on Brest, Eindhoven airfield and Hamburg'. The scattered remains of Sqn Ldr Eddison and his crew were buried after the Liberation in Bergen-op-Zoom War Cemetery in the Netherlands.