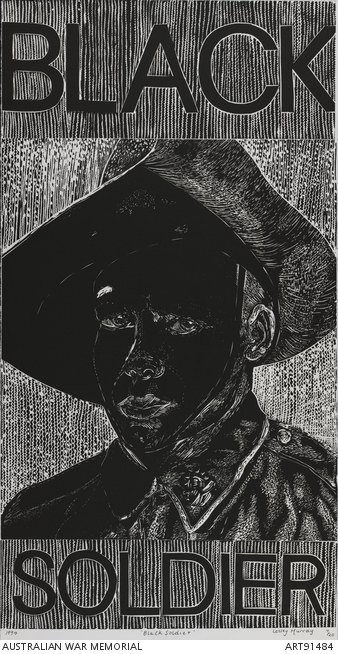 'Black soldier' depicts Lesley Murray's grandfather. The portrait is based on a photograph taken during the Second World War and is a private work of commemoration. It is also intended to serve as a tribute to all Aboriginal soldiers who served in the Second World War, who may not have received recognition. It is one of a series of portraits Lesley Murray completed in 1994.