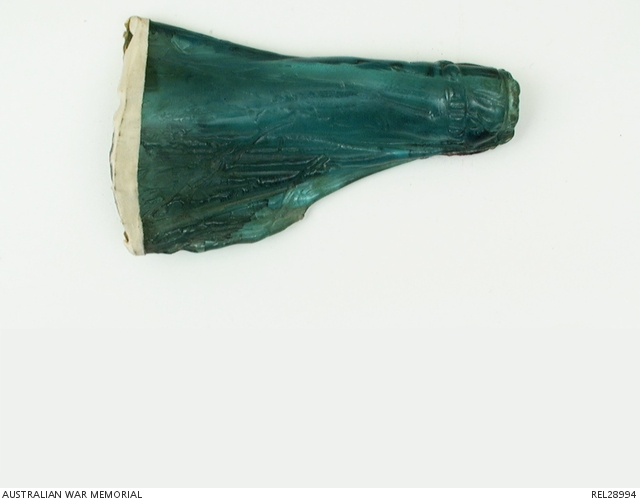 Flattened and melted top half of a green bottle found at Hiroshima, Japan.

This bottle was collected by NFX141361 Sister Gwenneth Ayre at Hiroshima during the Allied Occupation of Japan.
The damage to this bottle was caused by the nuclear bomb dropped on Hiroshima in August 1945. The temperature of the blast, which reached up to 6,000 degrees Celsius, melted the glass.

Ayre served as a nurse at the 130th Australian General Hospital at Eta Jima, south of Hiroshima.