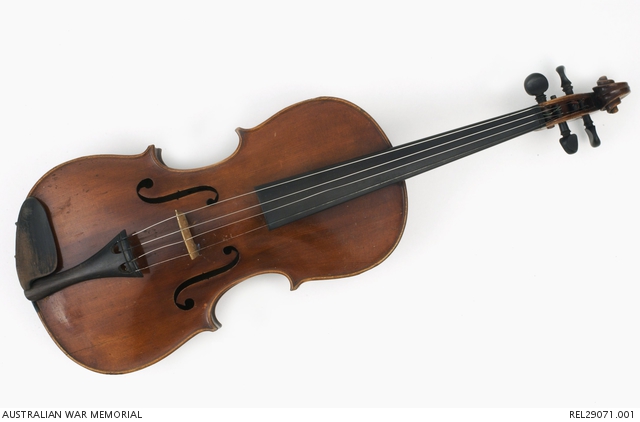 Standard violin, complete with pegs, strings, bridge and chin-rest. No indication of manufacturer, although the bridge, a later addition, is impressed 'Dolling'. Finish has been completely worn from neck and partially from chin-rest.

Used by QX8354 Gunner Archibald Eric Beattie, 2/10 Field Regiment, a member of the AIF Concert Party in Changi, which was formed within days of the surrender to the Japanese in February 1942. The Concert Party, which numbered about thirty, performed a wide variety of programmes, that were equally popular with both the allied internees and their Japanese captors, until early 1945.