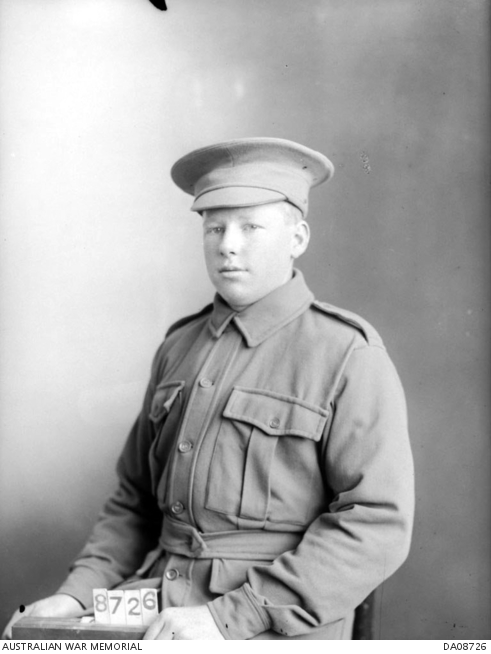 Studio portrait of 70 (later 24966) Private (Pte) Stanley D'Altera, 23rd Battalion, of Yarraville, Vic. Pte D'Altera initially enlisted 13 January 1915 and was discharged on 8 February at the request of his parents who had not given permission for him to join the AIF. He re-enlisted on 18 February 1915 under the assumed name of William Arthur and by early 1916 he was known as William D'Altera. He returned to Australia in May 1917 and was discharged in September 1917.