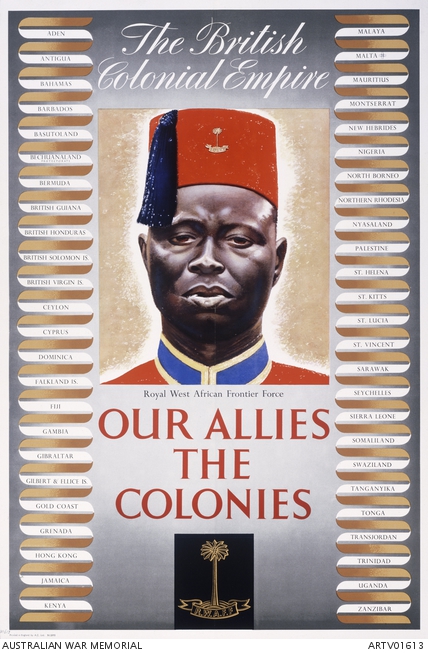 British Second World War poster depicting the British Colonial Forces. It features a head and shoulders portrait of a member of the Royal West African Frountier Force in the upper centre. His regimental insignia is beneath the portrait bottom centre and the names of all the colonial allied countries are written in gold ribbons running down each side of the portrait. This poster, one of a series of posters outlining the strength of the British Colonial Empire, aimed at boosting morale in England during the Second World War.