Group portrait of the graduates of No 7 Course (Beaufighter), No 5 Operational Training Unit ... 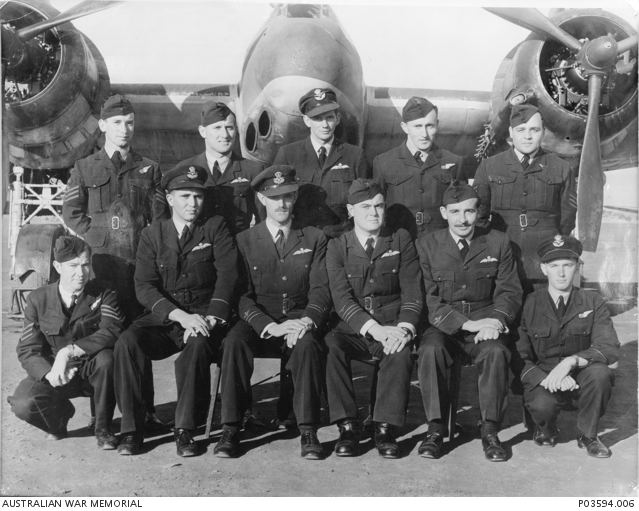