Member of the Order of the British Empire : Major D Bryant 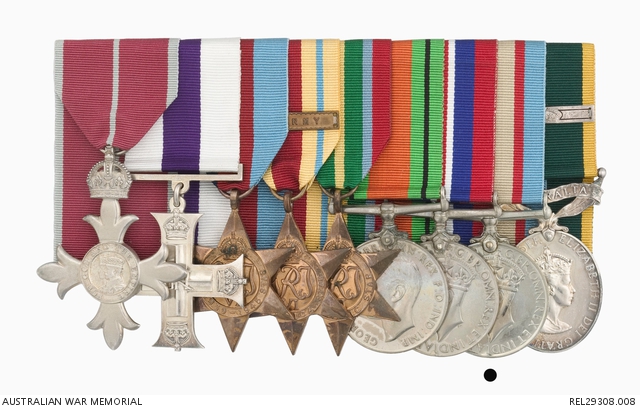 Australia Service Medal 1939-45. Impressed around edge with recipient's retails. Note that this medal has been renumbered from 'SX10328' to the correct 'SX10329'.

Don Bryant was born in 1918 and was commissioned in the Citizen Military Forces early in the Second World War. Transferring to the 2nd AIF, he joined the 2/48 Battalion, becoming commander of 'C' Company in 1941. For his gallant leadership of this company at Tel El Eisa in July 1942, he was awarded the Military Cross. He was wounded later in the North African campaign, but recovered to see service in the Pacific. Post-war, Bryant remained in the Australian Army, holding a variety of positions including Camp Commandant at the Woomera Range and Senior Instructor at the School of Infantry. He was appointed a Member of the Order of the British Empire in 1960, and retired in 1969 with the rank of Lieutenant Colonel.