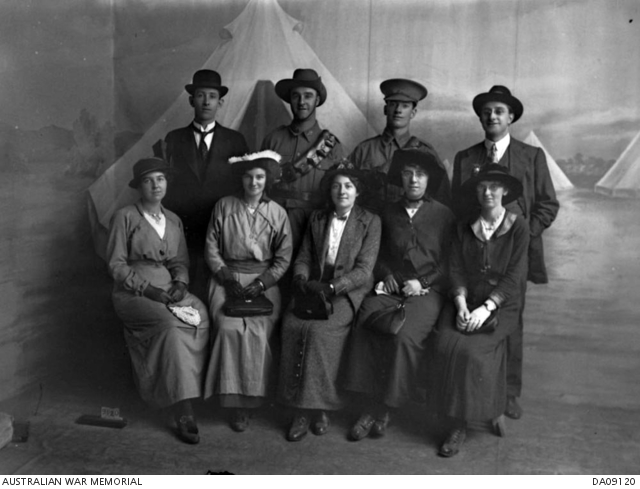 Studio group portrait of four men and five women. One of the two servicemen is identified as 581 Sergeant (Sgt) Walter King, 23rd Battalion, of Melbourne, Vic, and originally of North London, England. Sgt King enlisted on 23 February 1915 and embarked aboard HMAT Euripides on 10 May 1915. He was killed in action on 22 March 1918 in Belgium.