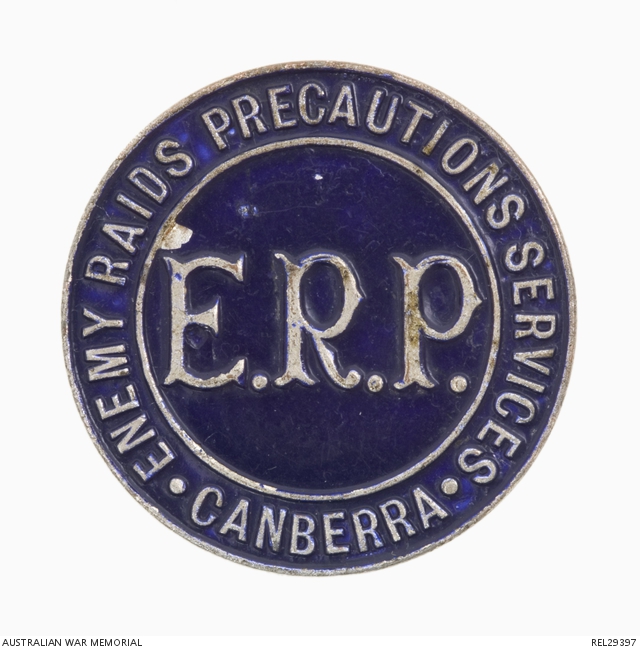 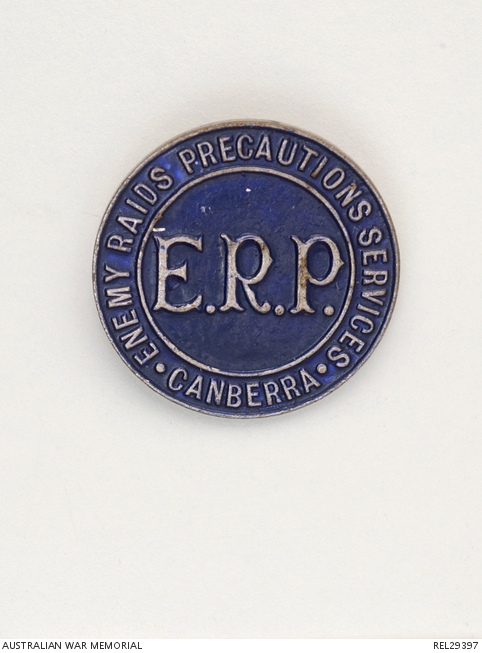 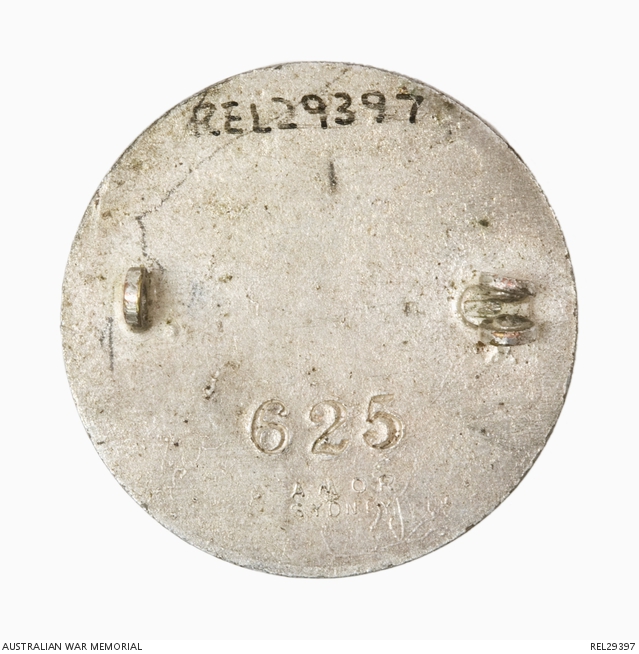 Whitemetal and blue enamel circular badge. The initials 'E.R.P.' are written within an outer circle which reads 'ENEMY RAIDS PRECAUTIONS SERVICES CANBERRA'. The number '625' is engraved on the reverse.

Unknown, but worn by members of Canberra's Enemy Raid Precautions (ERP) Services during the Second World War. Canberra, being the national capital, was considered as being in as much danger as any industrial or military centre, and Paul Hasluck notes (perhaps ironically) in his second volume of "The Government and the People 1942-1945" (p 125) that "Canberra appears to have been more badly scared than any other part of the continent. Contemporary records reveal an expectation at Canberra, almost a certainty, that Canberra would be bombed, perhaps occupied." The use of the title ERP, rather than the accepted Air Raid Precautions (ARP) in other Australian states was an indication of the low level of national coordination of ARP activities, allowing states to pick and choose their favoured means of organisation.