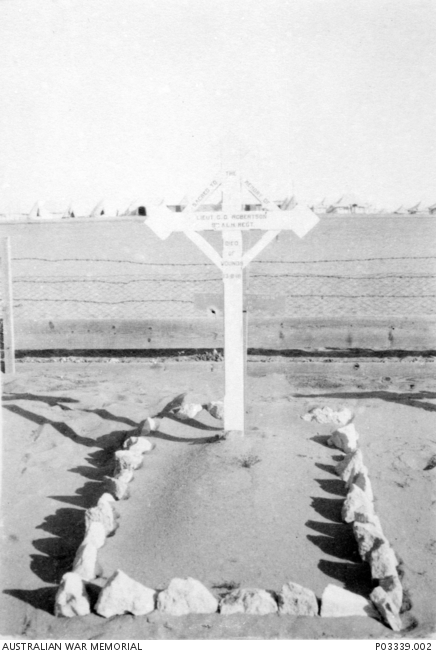 The original grave of Lieutenant Geoffrey Ochiltree Robertson, 9th Light Horse Regiment. A grazier of Goroke, Vic, he embarked as a trooper, service number 607, with C Squadron on HMAT Karroo (A10) on 11 February 1915. He was later prmoted to the rank of Lieutenant. He was wounded at Bada Sinai and died on 13 August 1916, aged 20. He is buried at the Kantara cemetery in Egypt and .