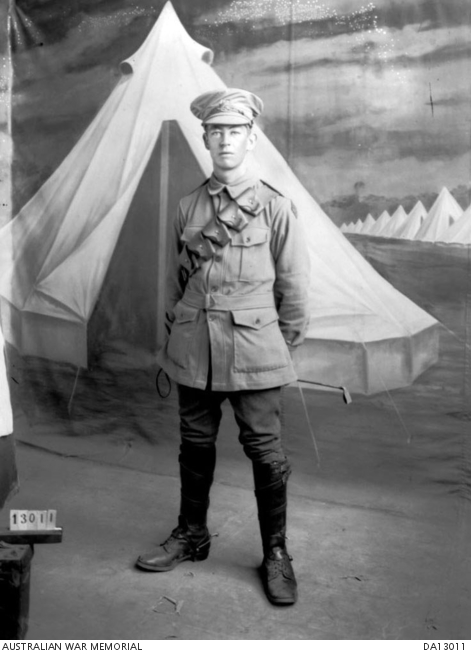 Studio portrait of 4002 (previously 1162) Private (Pte) Frank Harvey Armstrong, 9th Reinforcements, 23rd Battalion, of Barker's Creek, Vic. Pte Armstrong originally enlisted on 19 August 1914 and embarked aboard HMAT Euripides on 8 May 1915, as a member of B Company, 23rd Battalion. He returned to Australia sick in September 1915. Pte Armstrong re-enlisted and embarked aboard HMAT Warilda in Melbourne on 8 February 1916. He was killed in action on 4 August 1916 at Pozieres, France. His death is commemorated at the Villers Bretonneux Memorial in France. Pte Armstrong is also pictured at DA13009 and DA13710.