Food is a munition of war! 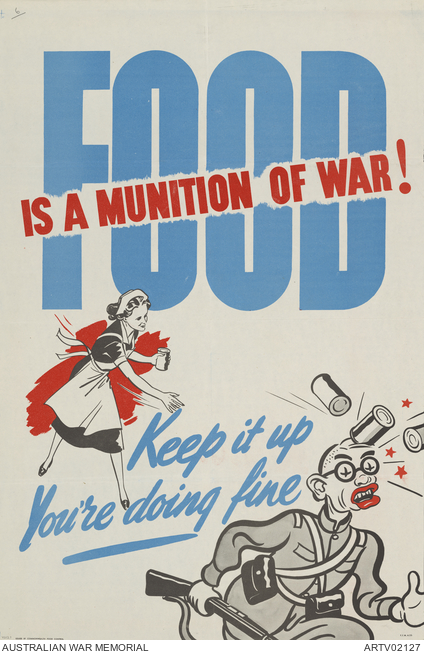 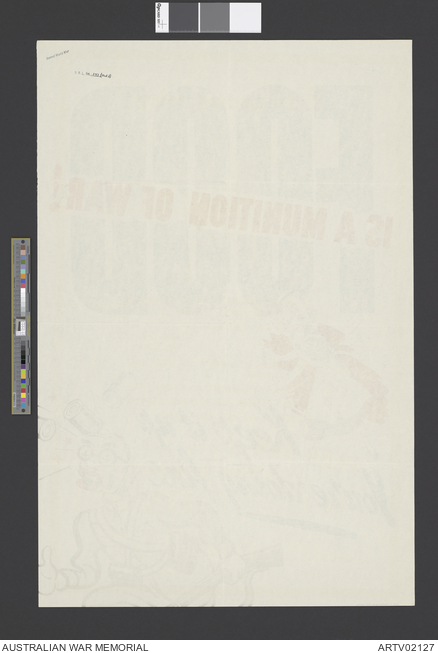 This Second War War poster is one of a series published by Commonwealth Food Control aimed at highlight the importance of food on the home front during the war.
The Commonwealth Food Control was the government body responsible for ensuring food production targets for the essential services, civilian population and for Australia’s allies. Food was considered a weapon. Part of Australia’s wartime commitments was to supply certain food items to Allied countries in need, particularly Great Britain as she focused her efforts on fighting and domestic defence. Printed in the second half of the war this poster depicts a housewife throwing cans of food at a racially stereotyped caricature of a Japanese soldier. The title runs across the top half of the poster, in red and blue ink. The housewife, who is drawn in black and white, is in the background, and the Japanese soldier, who is also in monochrome, except for his red lips, is in the foreground of the right hand side. Food rationing was pervasive in war-time Australia and this poster implores households to keep up the effort in economising food.

This item has been digitised with funding provided by Commonwealth Government.