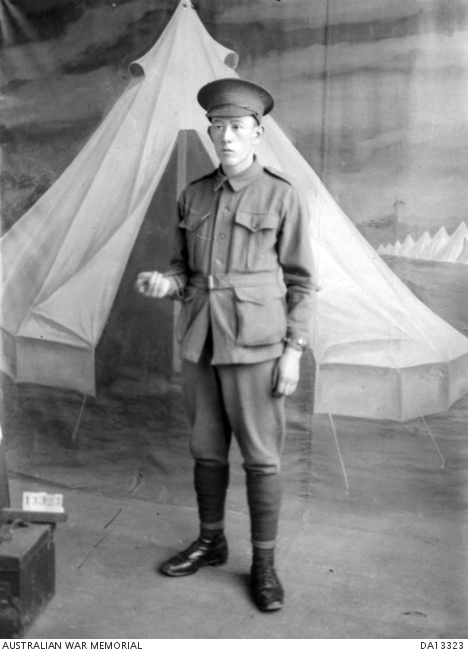 Studio portrait of 4147 Private (Pte) Edward James Brownfield, 14th Battalion. A labourer of Ballarat, Victoria, he enlisted on 9 July 1915 and embarked from Melbourne aboard HMAT Demosthenes on 29 December 1915 for Egypt. His battalion relocated to the Western Front, France, during June 1916. Pte Brownfield was killed in action on 3 July 1916 at Bois Grenier, France. He was aged 20 years.